Background
The City of Norwood Payneham & St Peters (“the Council”) has engaged Tonkin Consulting to undertake the Stepney Maylands Evandale Local Area Traffic Management Study (“the LATM Study”). The LATM Study includes all local roads which are under the care, control and management of the Council and which are located within the area bound by Portrush Road, Payneham Road and Magill Road (“the Study Area”).

A map of the Study Area is attached. 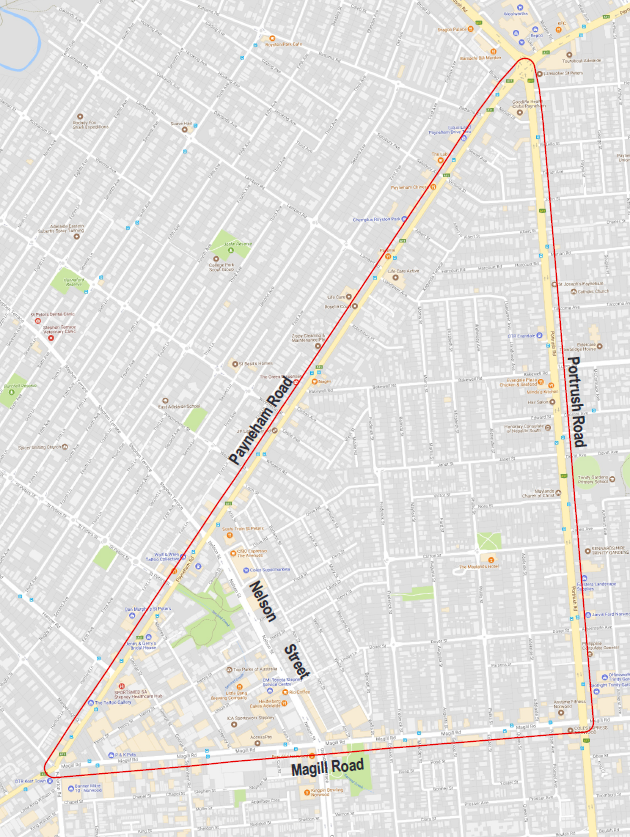 The key objective of undertaking the LATM Study, is to identify and address (if possible and practicable) issues within the Study Area which are associated with traffic management and safety for motorists, pedestrians and cyclists. The LATM Study does not include on-street parking as the Council is undertaking a City-Wide Parking Review, as a separate project.

Community consultation associated with the LATM Study is being undertaken in two (2) Stages as set out below.

Stage 1 which has been completed, was undertaken in November 2017. During this Stage, comments were invited from residents, property and business owners located within the Study Area and the wider community to assist in identifying the key issues which need to be considered and addressed. Comments which were received during this Stage, together with an analysis of various traffic data which was collated for all roads located within the Study Area (i.e. vehicular volumes, speeds, classifications, cut-through movements and crashes), has guided the development of a Draft Local Area Traffic Management Report (“the Draft LATM Report”). The Draft LATM Report sets out the key issues which have been identified and proposes a number of strategies to address these issues.

Stage 2 which is the subject of this current community consultation process, seeks to invite comments from residents, property and business owners located within the Study Area and the wider community on the Draft LATM Report which has been developed. Comments which are to be received will assist in the development of a Final LATM Report for the Council’s consideration and adoption which is expected to occur at the end of 2018.